When it comes to sunglasses, Leonardo DiCaprio is no stranger. He has been spotted wearing a variety of different styles and brands over the years. But, in his latest role as Jordan Belfort in The Wolf of Wall Street, he seems to have found his perfect match with two pairs of Ray-Bans.

The firstpair of Ray-Bans that DiCaprio sports in the movie are the Ray-Ban 2140 Wayfarer Sunglasses with a black frame. These are a more classic style of sunglasses, and they help to give Belfort a more serious look when he is working on deals.

The second pair DiCaprio wears are the Ray-Ban 4147 Boyfriend Square Sunglasses with light havana colored frame. These retro-inspired sunnies are the perfect accessory for Belfort’s preppy style. They are also practical, as they help to shield his eyes from the bright lights of the stock market.

Both of these pairs of sunglasses are stylish and functional, and they help to complete DiCaprio’s look as Jordan Belfort. If you are looking for a pair of sunglasses that will make you look like a Wolf of Wall Street, then these are the perfect choice.

Leonardo DiCaprio plays the role of Jordan Belfort, a stockbroker who is willing to do whatever it takes to make a quick buck. While the character is fictional, the story is based on the true story of Belfort’s rise and fall on Wall Street.

DiCaprio portrays Belfort as a man who is driven by greed and power. He is ruthless in his pursuit of money, and will stop at nothing to get what he wants. He is also shown to be a skilled manipulator, able to convince people to do what he wants them to do.

While the character of Jordan Belfort is not a likable one, Leonardo DiCaprio does a great job of making him someone that you can’t help but watch. He is truly magnetic on screen, and you can’t take your eyes off of him. 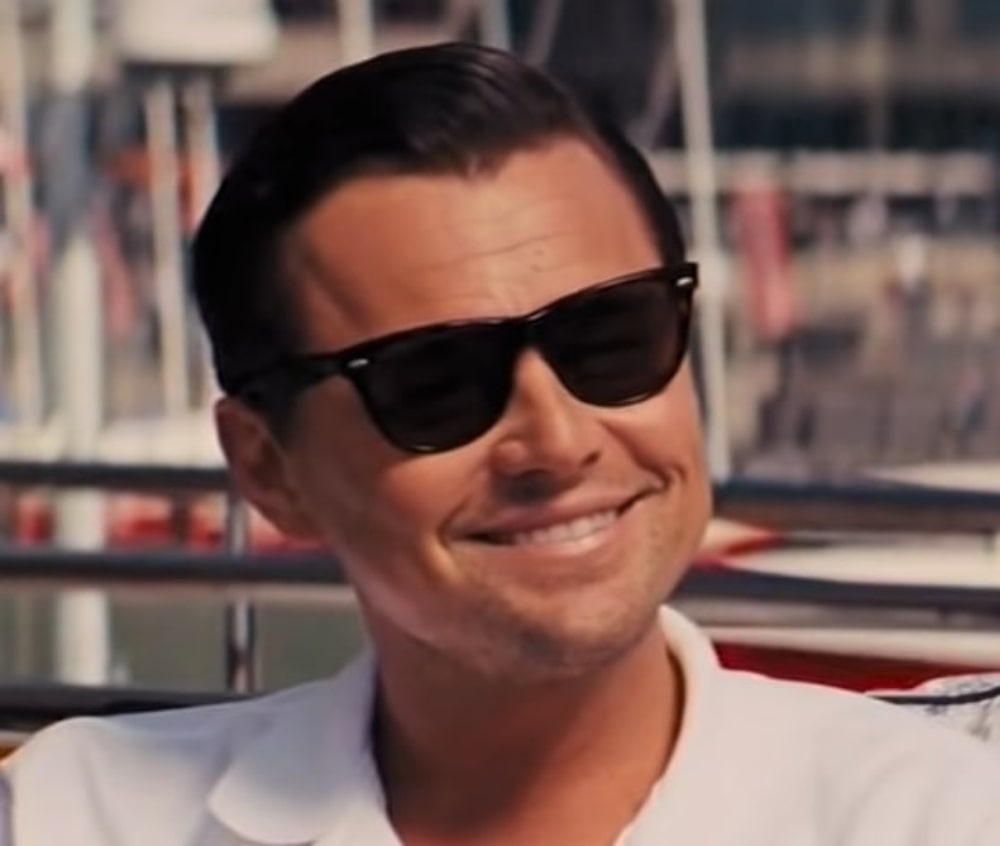