Kurt Russell is an actor who is known for his roles in movies such as Death Proof, The Hateful Eight and The Thing. He has worn many different styles of sunglasses over the years, but the most iconic are the ones he wore as Stuntman Mike in the Quentin Tarantino movie Death Proof.

The sunglasses Kurt Russell wears in Death Proof are Ray-Ban 4071 Rectangular Sunglasses with a black frame. They are a classic style of sunglasses that have been popular for many years. The style of the sunglasses is very simple and elegant, and they look great on Kurt Russell.

Kurt Russell’s role in Death Proof is that of a stuntman who is obsessed with killing women. He is a very disturbed and violent character, and the sunglasses he wears reflect his personality. They are dark and sinister, and they make him look like a predator.

The movie Death Proof is a Quentin Tarantino movie that was released in 2007. It is a very violent and gory movie, and it is not for the faint of heart. It is, however, a very well-made movie, and Kurt Russell’s performance is one of the highlights. 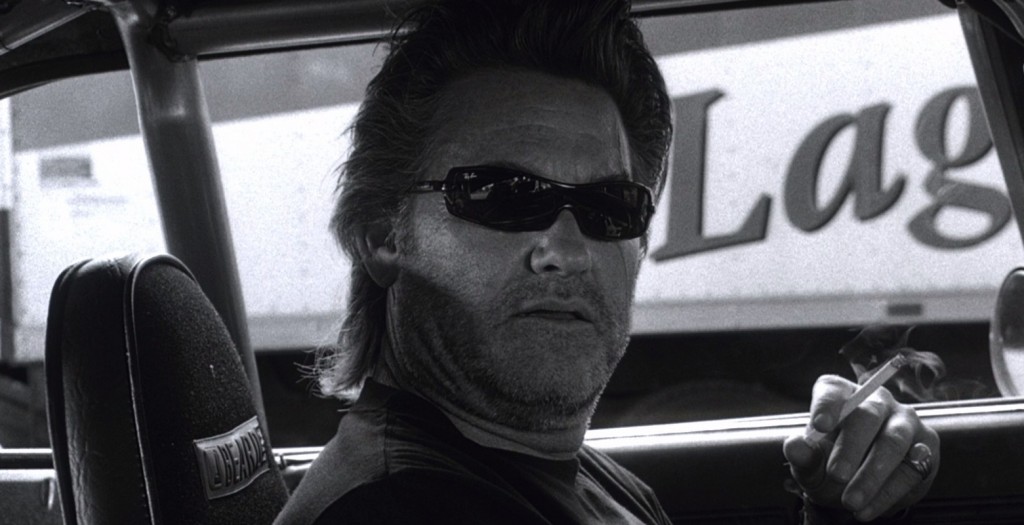